PE Series slewing drives are the ideal solutions when precision is a must as these products can be controlled between 0.05° and 0.15°.

Originally developed for the solar power industry, the PE Series slewing drive has a variety of applications including:

The S Series is comprised of four separate components: a slewing ring, the open housing, auxiliary parts and hourglass worm.

The S Series is typically specified in the construction industry through the following applications:

HSE Series slewing drives have the ability to withstand large axial dynamic loads due to the structural design of the product.

Originally tailored for hydraulic modular trailers, the HSE Series slewing drive has a wide variety of mechanical applications including the following:

Much like the SE Series, the SE-2 Series has indoor and outdoor applications including:

For more information on the WEA Series slewing drives or to request a quote, contact SlewPro today. You can also download CAD files and find competitors crossover numbers in our database. 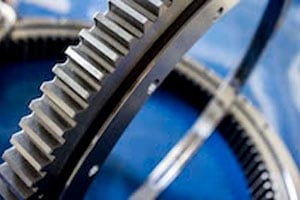 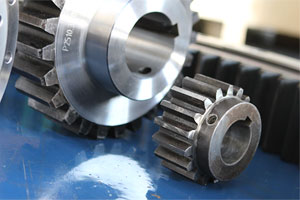 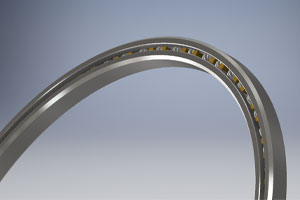 SlimPro thin section bearings are designed to solve the most demanding bearing challenges.

When Wolf Robotics needed a quick turnaround on a new slewing bearing for a special project in 2017, SlewPro was the only company able to meet the time and specification requirements. The project met all requirements and was on budget, earning more trust from Wolf Robotics’ engineering team.